Blessed to have the current trend of custom t-shirts. Now, I can design my t-shirt and find a printing shop near me to get them printed. It’s easy, cost-effective and I get to wear
my designer apparel. It’s the case for most of us who love wearing customized design t-shirts.

But, have you ever wondered how printing was adopted in apparel! I mean, printing was used basically for academic books or official papers. Who is the great mind behind bringing this outstanding technology to use in the apparel industry? In today’s date, look how thriving this business is and extremely popular among the users. 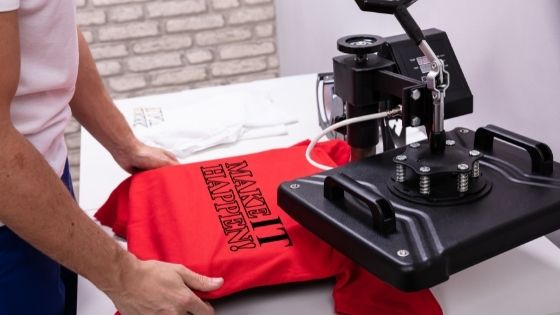 Now, it won’t be fair to enjoy the trend without knowing how it came into existence. Let’s dig in the t-shirt printing history and find out together.

The Emergence of T-Shirt

T-shirt is a popular and fashionable casual wear today. Not much time ago, t-shirts were introduced as apparel. You will be surprised to know that during the 19th century, it was the
laborers who cut their jumpsuits in half to get relief in warm seasons. However, it was not known as T-shirt yet.

Later, in 1913, it was introduced as undershirts in the U.S Navy. After seven years, the author F. Scott Fitzgerald included the undershirt as a T-Shirt in his novel This Side of
Paradise. Since then, the undershirts got an identity, and the T-shirt was added into the English Dictionary.

However, it was not widely accepted as outerwear even in the 20th century. In 1950 and later, Marlon Brando and James Dean fashioned T-shirts as outerwear and political statement
because T-shirts were known as undergarments. Since then T-shirt has been holding its popularity among all ages of people.

A T-shirt was a rebellious garment that took a while to be accepted by all levels of people. After Brando and Dean, several companies in Florida took an attempt to design T-shirts. It
was still used for sending a message or campaign. Later, the Tropix Togs decided to design shirts and took the license to print Disney characters. It was the beginning of introducing graphic design on t-shirts.

Ever since graphics design and printing were included in T-shirt designing, it became a powerful platform for making a statement. Since the 1970s, T-shirts have been a popular medium for advertisement and campaigns that people can’t ignore to notice.

One of the remarkable examples has been seen during the Vietnam war. The rock bands protested during the war through T-shirts. Since then, T-shirts have become an effective medium for sending a message, whether it’s a war, movement, brand promotion, or campaign. According to Nothdruft, it’s a black canvas that can be worn as high-end
fashion or casual wear, depending on how the individual carries it. It’s a democratic garment, he describes.

The technique of screen printing on apparel was first introduced in China. Since their method used silkscreens, it’s also known as the silk screening technique. Later, the technique spread in other countries beyond China and innovated new methods.

Over time, European countries worked on innovating washable dyed fabrics during the 1100s. During this time, screen printing was also introduced in the British textile industry. Later, during the 1900s, the screen printing method improved, and more advanced
techniques were developed. Though the method was not quite popular in Europe,
Samuel Simon got the patent back then.

Later, in New York, a group of artists took the method for experiments and initiated the Serigraphy Society. They are also known as the Silk Screen group, which worked on artistic design execution on T-shirts. Far later in the 1960s, the actual screen printed shirts
came into existence and were used by the hippies, protestors, and so on. The popular artist Michael Vasilantone also started developing and selling multi-colored screen printing machines for garments about the time.

Screen printing was used in many forms. Eventually, a variety of designs like the face of revolutionist Che Guevara, Brand logos, or geometric design became popular. Since then, brands like Coca-Cola, Walt Disney, or famous characters were imprinted on T-Shirts as
a form of marketing. We have also noticed pop artists also embrace T-shirts as a medium of a message to present a statement or publicity.

Now, t-shirts are also used for charity, events, or promotional brands. As time passes, the popularity seems ever-growing. Now, T-shirts are one of the most popular casual wear as well as a mode of advertisement that is embraced by all.

Without a doubt, the T-shirt is a fashionable gender-fluid garment that people of all ages love to wear. Though the technique of screen printing got popular in the 60s, it’s still growing and
developing new techniques. Now, t-shirt printing is even easier and faster due to digitization.

Now, the graphic design on T-shirts is done using computers. From medium to large prints, every size is possible with an automated printing press. Now, for any design, whether it’s an
artwork or wallpaper, the printer gets it done on any fabric material.

Not only that, now inks have gone through versatile development as well. Along with colors, glitters, glow, or ambrose, various kinds of techniques can be incorporated into a design.

To sum up, T-shirt designing, specially customized t-shirts, are a popular trend these days. People wear t-shirts every day, whether it’s for a casual outing or a formal meeting. It relies on how the person wears it.

Though printing on apparel was introduced during the 20th century, its popularity is ever-growing. Moreover, due to the advanced technology and digitization, new techniques and designs are introduced. T-shirts have been established strongly in the fashion industry,
and it’s not going anywhere. 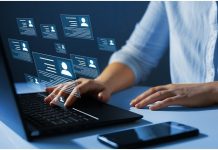 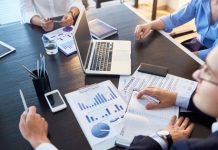 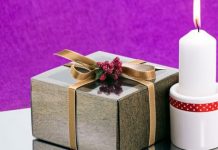 All You Need to Know about Custom Candle Boxes