Flowers are used in various ways when it comes to funerals. Here are 5 floral arrangements that make a funeral complete.

Bouquets are the most common forms of funeral flowers. This is generally offered by most people attending the funeral, whether they are close friends, distant relatives, neighbors, or acquaintances. Floral bouquets are a way of expressing emotions- condolence, sorrow, sympathy, and respect. If you are attending a funeral, it is customary that you carry a bouquet of suitable flowers to show your tribute to the deceased, as well as offer your sympathy to the surviving family members. Roses, lilies, carnations, chrysanthemums, and hydrangeas are the most common flowers used by florists in Arlington VA in funeral flower bouquets. 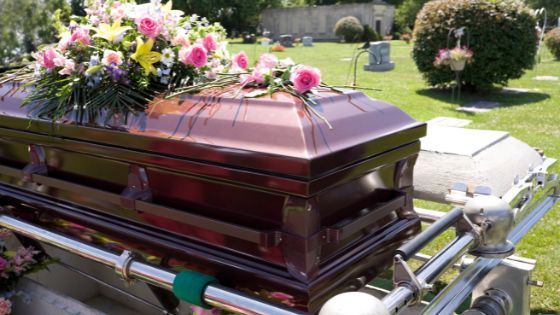 Casket sprays are large and flat flower arrangements that also include a significant amount of foliage and long-stemmed flowers. These floral arrangements are generally placed over the casket. Casket sprays cover either the middle portion, 2/3rd of the casket, or the whole casket. In the case of an open casket, it can be placed inside the casket as well. It is not the custom to actually carry or gift a casket spray to a funeral unless you’re a close family member or friend, and it is planned beforehand. Casket sprays may include various colors of flowers like white, pink, yellow, orange, green, blue, or even red.

Floral wreaths are one of the oldest types of flower arrangements used in funerals and memorial services. Wreaths and garlands are a way of showing respect to the deceased person. They are beautiful too. It has been a part of the funeral formalities for ages, and even today, it represents human emotions associated with condolence, tribute, and goodbye. Chrysanthemums, lilies, roses, and lots of green foliage are used in wreaths regularly. If you need floral wreaths delivered straight to the funeral homes in Fairfax VA, you can place your order with Greensleeves Florist, and they will make sure your flowers get delivered on time.

Floral crosses are another type of floral arrangement that is extensively used in funerals. However, since it is a religious symbol, the use of floral crosses is restricted to the followers of the faith only. Typically if a person was a faithful devotee who followed the religious practices in their lives, the family members would include floral crosses in their funerals. Floral crosses are used in many ways. They are placed over or inside the casket, or put on a stand and placed near the casket. Floral crosses can be both pristine white as well as colorful in appearance. Florists in Vienna VA also like to create white crosses with red centers, with either carnations or roses.

Standing sprays are floral arrangements that are huge and enormous in size. They are put into a stan and displayed in various places inside the funeral home, or the venue of the funeral. Some are placed near the casket, some in the corners of the hall, and some can be placed right beside the entrance as well.

Ordering online flower delivery in Arlington VA and nearby areas is now very easy with Green Sleeves Florists. They specialize in funeral flowers and they deliver in all popular funeral homes in the state. Place your order now! 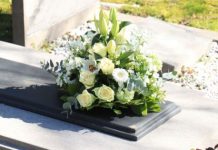 Top 7 Funeral Flowers That Offer Solace to a Grieving Family 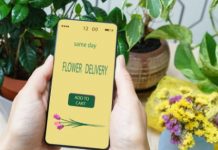 Top 7 Flowers For Your Colleagues and Bosses 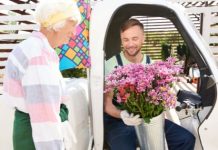 Awesome Flower Delivery in Lake Worth: 6 flowers to order