Back in 2007, Apple introduced the iPhone to the world and since then they have continued to wow the universe with new models that take design and technology to the next level. The then-CEO of Apple, Mr Steve Jobs, presented the iPhone to the world with these forever-great lines; “This is the day I’ve been waiting for the last two years,” and then the rest becomes history!

This article will detail all the innovation that comes with every new iPhone that will help you understand how the iPhone has evolved. Starting from the first one till the last, this is going to be an amazing insight: 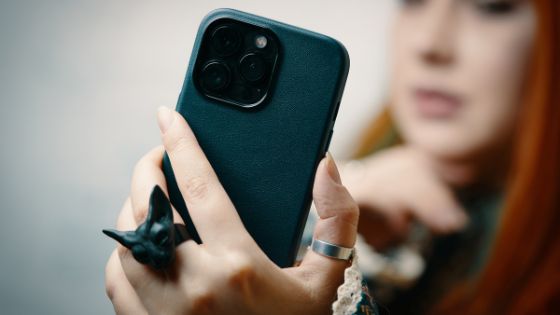 The original iPhone has a 3.5-inch screen with 480 × 320 resolution and a 412MHz processor. The initial recommended retail price of the first iPhone was $599, which the company later reduced to $399 owing to the immense pressure from the public.

As the name suggests, the biggest change that comes with the new iPhone was its 3G compatibility, which implies that users can have a faster downloading and browsing speed than it was with the original iPhone.

Another big induction was the App Store and developer software that gave access to the third parties to make their own apps.

the 3GS does not get many upgrades; it was rather the same as the previous versions. In fact, the only major upgrade this device got was the camera upgrade, faster processor, and battery.

iPhone 4 was rather revolutionary as it came with a very exciting release of FaceTime, which enables users to utilise the front camera of their iPhone to video chat with another iPhone user. It was also the first version of the phone to be made from stainless steel rather than glass or plastic.

The most important upgrade received by iPhone 4S was the introduction of Siri, Apple’s own voice-controlled assistant that is hugely popular in today’s world as well.

the iPhone saw a change in the screen size which was expanded to 4 inches rather than the usual 3 inches. The screen was also made relatively taller, with a resolution of 1136 x 640.

This model witnessed the introduction of biometrics and the recording of slow-motion videos. With Apple 5c, Apple offered customers to ditch the regular black and white colour scheme and choose from the other five colour options, these were: green, blue, yellow, pink, and white.

These iPhone models were the first to have 3D touch and they were also upgraded to better battery life. Meanwhile, iPhone 6S plus offers more battery life as it is physically larger.

These revolutionary models attracted a lot of attention as Apple got rid of the headphone jack. While they also received upgrades in processor and battery life.

With these models, Apple introduced one new thing and that was wireless charging – A feature that allows the iPhone to get charged without being plugged into a source.

With the new release, Apple removed its signature Home button, which has drastically changed the user experience as well as the popular iPhone design.

Both of these models only received an upgraded camera, with improved image stabilisation technology and HDR.

For the first time, Apple introduced three cameras on the back of an iPhone, one of which is a telephoto lens and the other being an ultra-wide-angle lens.

These were the first models of the iPhone to fully support 5G networks. With these, Apple also removed the power adapter from the packaging of iPhone 12 and 12 mini.

Apple started using their most popular and powerful A14 Bionic chip that offers unmatched performance for mobile devices.

iPhone 13 and 13 mini received a major design upgrade where the back camera on the iPhone got a diagonal arrangement, which got immensely popular due to its design. iPhone 13 Price in Pakistan in USD is around $799.

Apple has started the journey with a motto of reinventing mobile phones and its evolution has proved that the company is still standing on its firm vision.