Abu Dhabi is one of the seven emirates, or principalities, that make up the United Arab Emirates. The city is known as a cultural centre in both the Middle East and North Africa and draws visitors to its bustling capital every year. With a diverse population of UAE citizens and immigrants from around the world. Abu Dhabi has been labelled as progressive for its views on women’s rights and their participation in government. 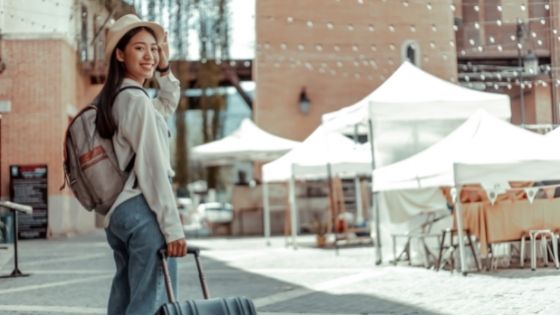 From camel races and traditional falconry displays to quaint museums and local art galleries, there are plenty of places to visit in Abu Dhabi, from eating at unique cuisine to getting an up-close look at the wildlife in the zoo.

Here are 7 great areas to enjoy when visiting:

Yas Island is one of the most popular destinations in Abu Dhabi for tourists. The island features one of the most important racing destinations in the world, Yas Marina Circuit. The 3.2-mile (5.1-km) track has hosted many Formula One races and other sporting events since its opening in 2009, and future plans include the construction of a new drag strip, a karting track, and a rally course.

Visitors can also go to Yas Water world or Ferrari World Abu Dhabi, both of which are located in Yas Island. Both theme parks offer exhilarating rides and games for thrill seekers, making them great family attractions.

Ferrari World Theme Park is a place that is designed for families. This may seem like an odd observation, but in fact the truth behind it makes the place all the more memorable. For instance, there are rides and exhibits specifically oriented toward teens and kids that are sure to be a hit. You may even convince yourself that you’re not too old to climb on board a Formula 1 car and pedal your way around one of the tracks.

Ferrari World Abu Dhabi may be a little bit more expensive than some of the other options—but it is also much bigger and more varied. With over 100 rides, something for everyone no matter what age, there is a lot to look at and do in this one-of-a-kind theme park.

Warner Bros. World Abu Dhabi will be the world’s first indoor Warner Bros. branded theme park. Located at Yas Island, this first-of-its-kind park will be immersive with authentic rides and attractions that are based on famous Warner Bros. characters and stories – DC Comics, Hanna-Barbera and Scooby Doo.

The attractions will feature high quality, immersive 3D CGI renderings of the groups beloved characters coming to life as never seen before in a real theme park. The attractions will immerse guests in an interactive world, which will recreate their favourite scenarios from the animated series and films.

The rides will appeal to young visitors as well as fans who have always wished they could time travel back to the magical kingdom of Hanna-Barbera – filled with timeless animation stars like Bugs Bunny and Scooby-Doo!

The Corniche Beach is a 3 mile stretch of paved beach road that runs along Abu Dhabi’s waterfront. The road starts at the Abu Dhabi Marina, near the historic district and goes all the way through Saadiyat Islands where the new city that will host branches of New York University, Cornell University, Carnegie Mellon, and U.C San Diego is being built. The place is lined with palm trees and lampposts, have massive ships cruising out from behind it and then being able to see planes flying directly above you while they land at nearby Abu Dhabi International Airport.

Throughout the year, people in Abu Dhabi take advantage of this beachfront area to awaken or entertain themselves. Some bring their pets to romp around in the sand and others enjoy a daily jog or brisk walk along the boulevard. The Corniche Beach is not only for humans but for animals to enjoy as well.

It’s also a popular area for kite flying and bike riding. Although mostly a weekend destination, you’ll find a number of venues around the Corniche that attract visitors from far and wide to come and see what this place has to offer.

Heritage Village is one of the best places in Abu Dhabi to learn about Emirati culture and history. Located in the Al Wahda district, it features several popular attractions, such as famous mosques and cultural centres, as well as a library that houses old Arabic books and historical manuscripts. This village showcases what Abu Dhabi looked like not long ago, so visitors will enjoy learning about modern landmarks while enjoying scenic areas throughout the city.

Heritage Village is one of the prime places to exploring when visit Abu Dhabi. Here, you can enjoy an authentic experience, as the village recreates a number of traditional buildings from the region.

Qasr Al Watan Abu Dhabi houses the biggest cultural centre in the region, displaying rich traditional and rare documents, books and images on modern Emirati heritage. Focusing on Arab governance, Emirati values, heritage and lifestyle in Abu Dhabi, it provides a glimpse at life inside the royal family quarters and UAE customs in a very interactive way. Visitors will feel part of the daily activities inside the palace as they learn how to read unique manuscripts, colour and research their own chapter into the history with experts.

Emirates Palace is a truly unique five-star hotel. It was commissioned by His Highness Sheikh Khalifa Bin Zayed Al Nahyan, the President of the United Arab Emirates, as a gift to Abu Dhabi. Residence of choice for the royal family and visiting Heads of State, A stroll through the hotel’s many lush gardens and courtyards is a relaxing experience that begins and ends at the inner harbour.

In addition to a lap pool surrounded by palm trees, cooled by a waterfall cascading four stories high overlooking the waters of the Persian Gulf, Emirates Palace has five outdoor pools in total to provide a refuge from the elements. After swimming, guests can relax on the heated loungers or head indoors to enjoy an aromatherapy massage at Sabaya Spa. With four distinctive restaurants on-site, ranging from seafood to continental cuisine, no Abu Dhabi dining experience would be complete without enjoying some of the region’s finest offerings at Emirates Palace.

When the Sheikh Zayed Mosque opened in 2007, it took its place as one of the most impressive structures in the world. The largest mosque in Abu Dhabi offers a place of worship for the surrounding community and is designed as a venue where visitors can learn about Islamic culture. Its design follows Ottoman architecture, with tall, slender spires and mosaic tile marquees showcasing verses from the Holy Quran. The crowning glory of this impressive building is its 27-meter high minaret, which is also a microclimate zone offering shelter to migrating birds. The mosque is made up of four intricately designed domes and eight smaller domes that reach into the sky. The green and golden domes were inspired by those in the Taj Mahal, both fitting tributes to two of India’s greatest architectural achievements.

How To Get Around in Abu Dhabi

Abu Dhabi is a destination that can cater to all your needs. However, in this vibrant city, it is important to rent a bus so you can get around safely and comfortably. This can even make your trip fun in some ways since you will have more time to explore the city at your own pace. With a Luxury  bus rental Abu dhabi, it will be easy for you to make sure that you are back home in time for when you need to go to work for the next day. 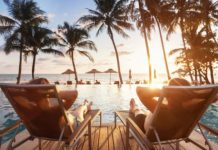 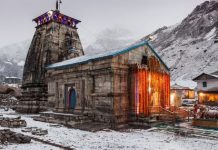 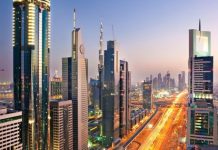