Pissarro developed an interest in art at a very young age and practiced sketching and drawing skills by the time he was 17. Most of his paintings depicted city life and other leisure activities, which both modern people and peasants inspired in the countryside.

While almost all the paintings by the genius are praiseworthy, in today’s article, we will talk about a few of the most famed paintings by Camille Pissarro.

Boulevard Montmartre On A Winter Morning -1897

The Boulevard Montmartre series is one of the most famous painting series by Camille Pissarro. The artist created a series of paintings in February and April 1897 that depict the same scenery of Boulevard Montmartre as seen from his hotel room at the Grand Hotel de Russie at Rue Drouot in Paris.

A cold morning and boulevard packed with people, the painting is a historical picture that captures the increasing liveliness of the city at the beginning of the 20th century. The painting is currently housed at the Metropolitan Museum of Art in New York, while other versions of the painting are scattered around the world, either in some museums or owned by private collectors.

Created by the famous French Impressionist artist Pissarro in 1890, Sunset At Eragny depicts a fantastic landscape with a low horizon and a yellow-tinted sky. The subject and focal point of the entire picture is the row of trees painted very low, whose tops appear to be yellow because of the last rays of the sun hitting them.

The painting comprises only a few simple elements: two rows of trees, one slightly set back from the other, divided into four horizontal groupings that stretch across the entire picture plane. While the trees look yellow on the top, their true green color can be seen in the horizontal shadows they cast on the ground.

One of Pissarro’s last landscape paintings, Sunset at Eragny, gives the viewer a reminiscent of works by Monet. However, the best part about the painting is the incredible color selection for painting brilliant sunset scenery.

Camille Pissarro met Georges Seurat and Paul Signac in 1885, both of whom were pioneers in the Pointillism art style. Impressed with the painting style, Pissarro created the painting titled Apple Harvest At Eragny in 1888, featuring peasants harvesting apples on the farm.

As seen in the picture, thousands of adjacent tiny colored dots are the primary feature of the Pointillism arts. The tiny brushstrokes create a luminous effect when they are caught by the human eye, creating a picture.

The scene was painted in an area close to Éragny, where Pissarro purchased a house in 1884. Here, the artist depicts a couple of women collecting the fallen apples in the foreground while one man attempts to pluck the apple from the tree using a long stick. Another lady in the foreground has been invited to witness the spectacle from a distance as one woman appears captivated by the scene before her.

During the mid-1890s, Pissarro stopped painting the countryside and focused on creating images of urban and industrialized areas like Paris, La Havre, and Rouen. In the beginning, Pissarro created the crowded areas of the city as seen in the paintings, such as the Boulevard Montmartre series and the Tuileries Garden.

However, in the later part of his life, the artist was drawn to painting clear skies and quiet water bodies, like this particular painting, La Seine and the Louvre. The picture captures a magnificent view of the Seine river and the Louvre museum in the backdrop, as seen from a house in Place Dauphine.

As seen in the painting and studying the color palette, the scenario seems to represent the colder days of the year. Also, the colors are washed out to create a light mist effect that softens the hard brushstrokes of the man-made structures in the background. It is also worth noting that La Seine and the Louvre is one of Pissarro’s final paintings that he completed during his final days.

To sum up, these are some of the most famous paintings by Camille Pissaro. A member of the Post-impressionist movement and founding member of Impressionism, Pissarro only gained his share of critical appreciation only towards the end of his career. However, Pissarro was one of his most financially successful artists and lived until 1903 to see his paintings at the very famous Louvre museum. 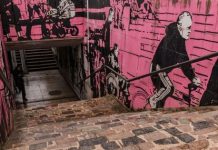 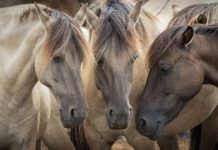 Tips for a Good Experience with Art Jamming in Singapore!